Nelson is an acting coach, award-winning director and performer, playwright and lecturer. He is a four-time Best Director winner and two-time Best Actor winner at the Straits Times Life! Theatre Awards. He studied under local theatre doyen, the late Kuo Pao Kun, learning and working directly under his guidance in the early 2000s. Nelson was the first Singapore artist to be commissioned for three consecutive years by the nation’s main arts centre - The Esplanade to present work at the Huayi Chinese Festival of Arts. In 2017, he received a Fellowship by Centre42 to adapt Cultural Medallion novelist Yeng Pway Ngon’s seminal work Art Studio for the stage, followed by a commission from Singapore International Festival of Arts (SIFA) to open the festival with this work in the same year. In 2021, he collaborated with the renowned SITI Company from New York to present a hybrid version of Chekhov’s Three Sisters at SIFA 2020/21. Other commissioning partners he had worked with included Macau Arts Festival, Singapore Chinese Cultural Centre, M1 Singapore Fringe Festival, Singapore Writers’ Festival, The Substation, The Arts House and World Shakespeare Congress, to name a few.

A graduate of Goldsmiths College, London (MA in Directing) and National University of Singapore (BA, Hons, Theatre Studies), Nelson was Head of Department for Theatre at Nanyang Academy of Fine Arts, adjunct lecturer at Lasalle College of the Arts and full-time lecturer of Theatre Studies Programme at the National University of Singapore. He was the Associate Artistic Director of Toy Factory Productions (2003 - 2013), a Resident Artist with The Theatre Practice (2000 - 2002), an Associate Artist with The Substation (2007 - 2009), and a founding member of the ensemble collective A GROUP OF PEOPLE (2008 - 2012). In 2017, he was awarded a 3-year Fellowship with the International Society for the Performing Arts in New York, and went on to serve on its Programme Committee from 2021. He was a Singapore Youth Festival Arts Presentation (Drama) Adjudicator for many years, and also a founding member of Singapore Chinese Language Theatre Alliance. He currently sits on the Examination Board of Intercultural Theatre Institute, the Industry Advisory Group of Lasalle College of the Arts in Singapore, and the Advisory Panel of Singapore International Festival of Arts.

Nelson’s directorial works are marked by detailed and dynamic ensemble work. His original writings, adaptations, translations and choice of plays are known to be culturally layered and possessing sensibilities that speaks to audiences from all backgrounds. In 2012, Nelson co-founded Nine Years Theatre (NYT) with his wife Mia Chee. In a few years, NYT has grown to become one of the key players in the local theatre scene. Under his artistic direction, NYT has managed to not only rejuvenate the Singapore Mandarin theatre scene with its work, but also raised the awareness of actor training among the artistic community. For many years, Nelson has invested energy in the research of actor training methods, making him an important figure in this field in Singapore. Since 2008, he has been training regularly in the Suzuki Method of Actor Training and Viewpoints. He studied both methods with SITI Company in New York, and trained specifically in the Suzuki Method with Suzuki Company of Toga (SCOT) in Japan, which led to him being invited to perform at the Toga Festival. From 2014 to 2021, he created and led the NYT Ensemble (NYTE) – a company of actors who train regularly in a systematic way and create work together over an extended period of time. As it developed, the NYT Ensemble demonstrated the strength of an ensemble model with the numerous productions it offered to the local theatre scene, and was the only ensemble of this nature in Singapore during that period.

Mia is an actor, theatre producer and educator, also co-founder and Company Director of Nine Years Theatre, with over 20 years of professional experience.

She found her love in performing at the age of 9 when she joined Rediffusion's children radio drama group. Since then, she has been performing through her teenage years and eventually graduated with a BA in Theatre Studies and Chinese Language from the National University of Singapore.

To further her research in the actor’s body, training and performance, Mia studied Viewpoints with SITI Company (New York) and Suzuki Method of Actor Training with SITI and Suzuki Company of Toga (Japan). She also shared and led NYT’s classes, jams, and classes in schools on the above methods.

As a continuation from her background in radio work since young, she worked as a part-time DJ at Y.E.S. FM93.3 during the years 1997 – 2014. Since 2015, she has been teaching NYT’s Diction of Standard Mandarin class. She was a founding and core member of the NYT Ensemble through its journey (2014 - 2021), and led the ensemble in vocal and speech training.

Since university days, she worked as a performer with various theatre companies such as Toy Factory Productions Ltd, Dramabox, The Theatre Practice, The Necessary Stage and TheatreWorks. Today, she has been the producer of all NYT shows. Recent performing credits include Between You And Me, Electrify My World, Three Sisters, Oedipus, Dear Elena, First Fleet, FAUST/US, Lear Is Dead, Pissed Julie, Cut Kafka!, Art Studio, Red Sky, Red Demon, The Lower Depths, Tartuffe, An Enemy of the People, The Bride Always Knocks Twice and Who’s Afraid of Virginia Woolf?. 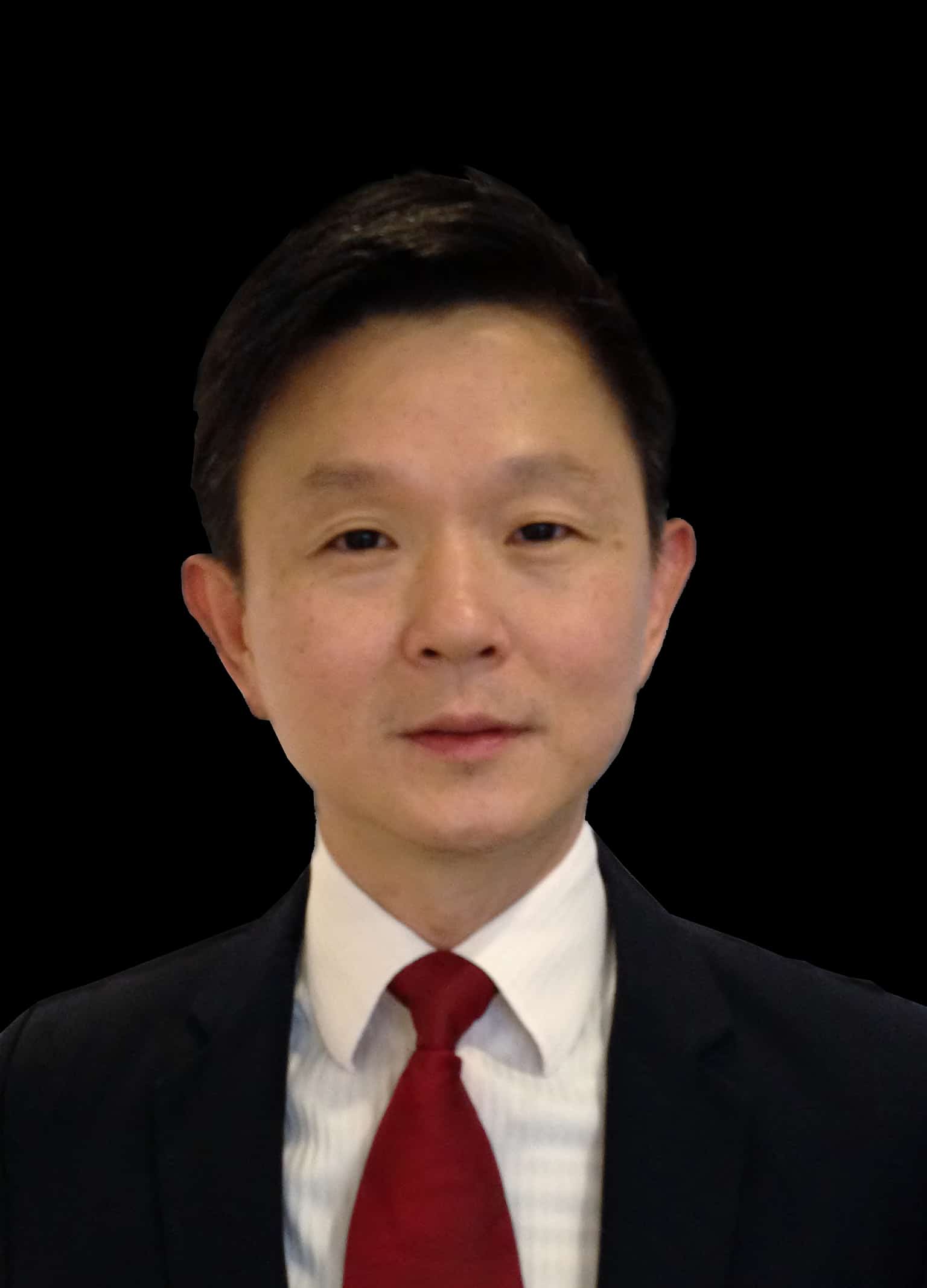 Albert is a Board member of Nine Years Theatre since 2012 where he provides operational, financial, and strategic perspectives.

He is currently the Senior Advisor of Kepner-Tregoe Inc., a global consulting company from Princeton, New Jersey (US). He sat on its Board from 2012 to 2020 too. Prior to Kepner-Tregoe, he had held management position with a Singapore-based organisation with various regional businesses as well as worked for one of the big-five international consulting companies.

Albert is also on the Board of Governors with Singapore Polytechnic. 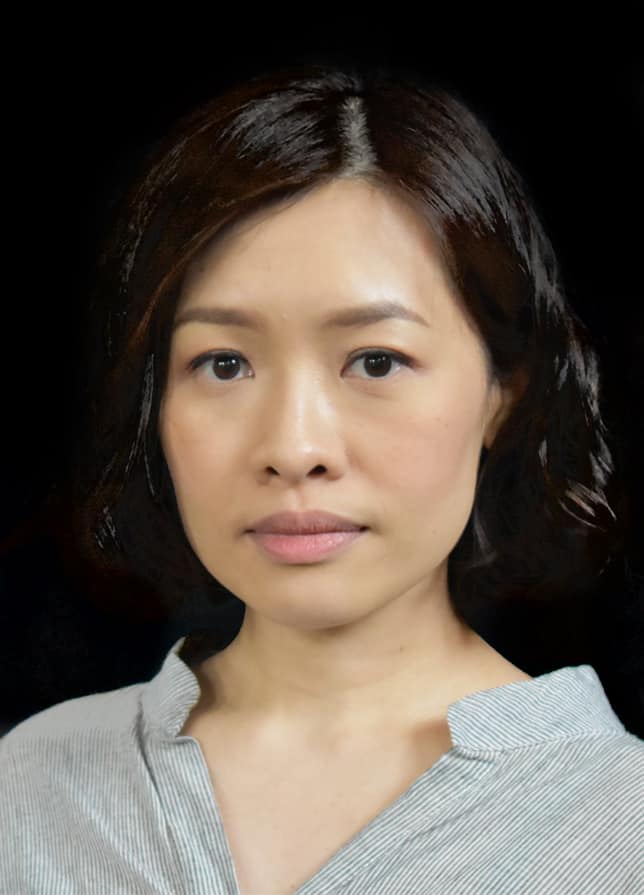 She found her love in performing at the age of 9 when she joined Rediffusion’s children radio drama group. Since then, she has been performing in school through her teenage years and eventually graduated with a BA in Theatre Studies and Chinese Language from the National University of Singapore.

Click on the link to read Mia's complete bio.

He has been an active player on the Singapore stage for more than two decades, taking on numerous major and leading roles in English and Mandarin productions. He is a two-time winner in the Best Actor category in The Straits Times' Life! Theatre Awards for his performance in a 100-minute, one-man show White Soliloquy (2010) and A Language Of Their Own (Singapore Arts Festival 2012).

As a director, he is known for his detailed and tight ensemble work on stage and his translation and re-imagination of classics in Mandarin. He is a four-time winner in the Best Director category in the Straits Times' Life! Theatre Awards (Twelve Angry Men, 2014. Art, 2015. Art Studio, 2018. Pissed Julie, 2019). He was the first Singapore artist to be commissioned for three consecutive years by the Esplanade to present works at the Huayi Chinese Festival of Arts.

A graduate of Goldsmiths College, London (MA in Directing) and the National University of Singapore (BA Theatre Studies), Nelson has headed the Department of Theatre at the Nanyang Academy of Fine Arts, and also lectured at Lasalle College of the Arts and the Theatre Studies Programme at the National University of Singapore. He was the Associate Artistic Director of Toy Factory Productions (2003 - 2013), a Resident Artist with The Theatre Practice (2000 - 2002), an Associate Artist with The Substation (2007 - 2009), and a founding member of the ensemble collective A GROUP OF PEOPLE (2008 - 2012). In 2017, he was awarded a 3-year fellowship with the International Society for Performing Arts in New York. He currently sits on the examination board of the Intercultural Theatre Institute in Singapore.

Click on the link to read Nelson's complete bio. 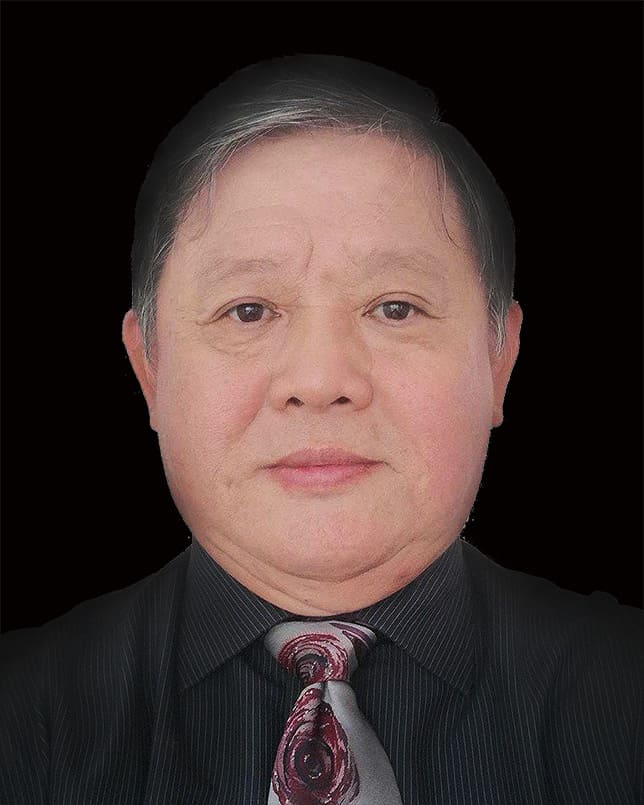 Mr Johnny Ng is the chairman of Sin Feng Xiang Sheng Society and a disciple of crosstalk master Mr. Jiang Kun. He started performing crosstalk in 1976 and in 1990, won first place in the Singapore National Crosstalk Competition. He is a two-time winner for the Best Actor award and has been involved in local drama, crosstalk, and film and television for nearly 40 years. Mr Ng has been invited to China, Taiwan and Malaysia for exchanges and performances. 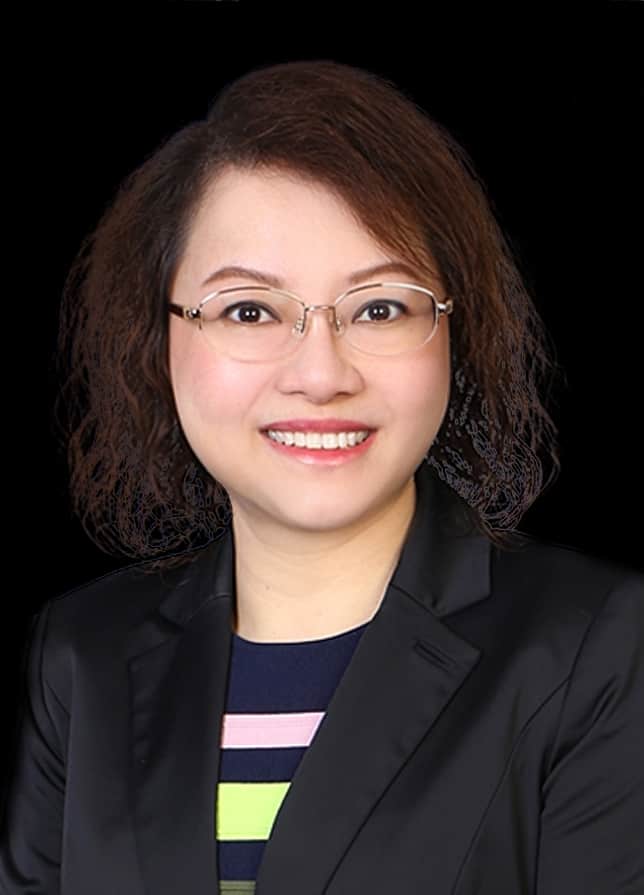 Linda Tan is currently serving as a Director with Business China. She was previously Regional Group Director with Enterprise Singapore, a statutory board under the Ministry of Trade and Industry in Singapore. She is an experienced Director with a demonstrated history of working in the government administration industry, with professional skills in Marketing, Business Development, Marketing Strategy, Government Relations, and Business Strategy.

Linda volunteers her time at the Singapore Children’s Society and serves the Ulu Pandan community as a Grassroots Leader. She has been serving as a Board Member of Nine Years Theatre since 2015. 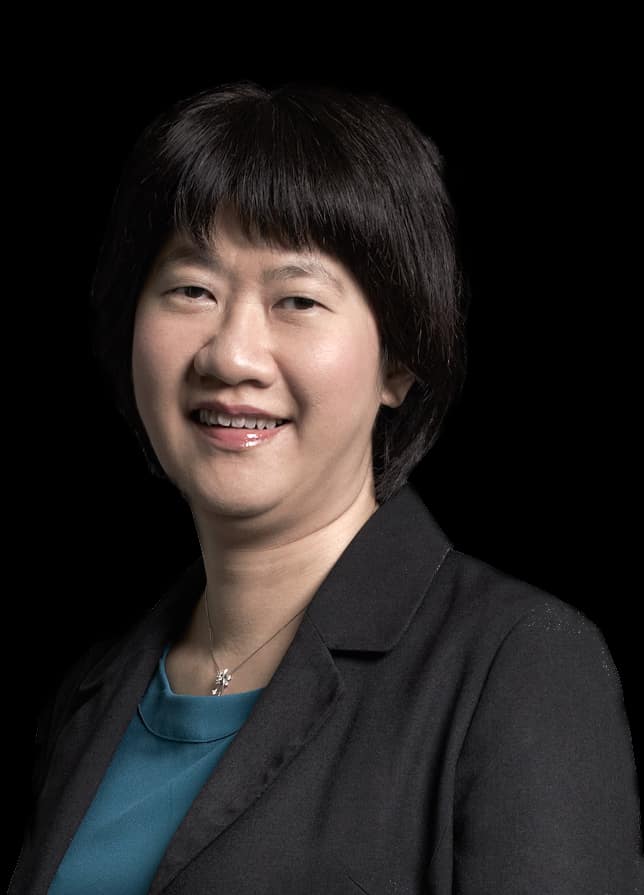 Audrey Wong was artistic co-director of The Substation from 2000 till early 2010- the first woman to be appointed to this role in the arts centre. She was co-Director with Lee Weng Choy. She served as the first Nominated Member of Parliament for the Arts in Singapore from 2009-2011. She is currently Head, School of Creative Industries and Programme Leader of the MA Arts and Cultural Leadership programme at LASALLE College of the Arts.

Among her contributions to the arts, she also kickstarted the Moving Images film programme at The Substation back in 1997 when she was a programme executive there. It was Singapore’s first year-round film programme supporting local filmmakers.

She has served and continues to serve on various institutional boards and committees including with the Singapore Art Museum, National Arts Council and Singapore International Foundation. She was on the Arts and Culture Strategic Review Committee (2010 – 2012) and is currently a board member of Nine Years Theatre. 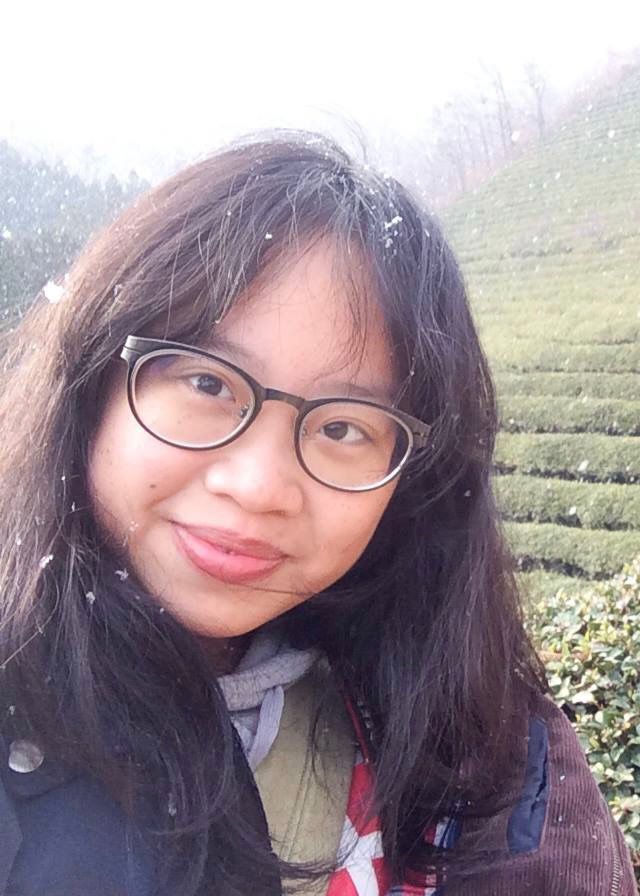 Supei has many diverse interests; she enjoys the freedom of solo travel, the adrenaline of surfing, the zen-ness of yoga, and of course the magic of theatre! 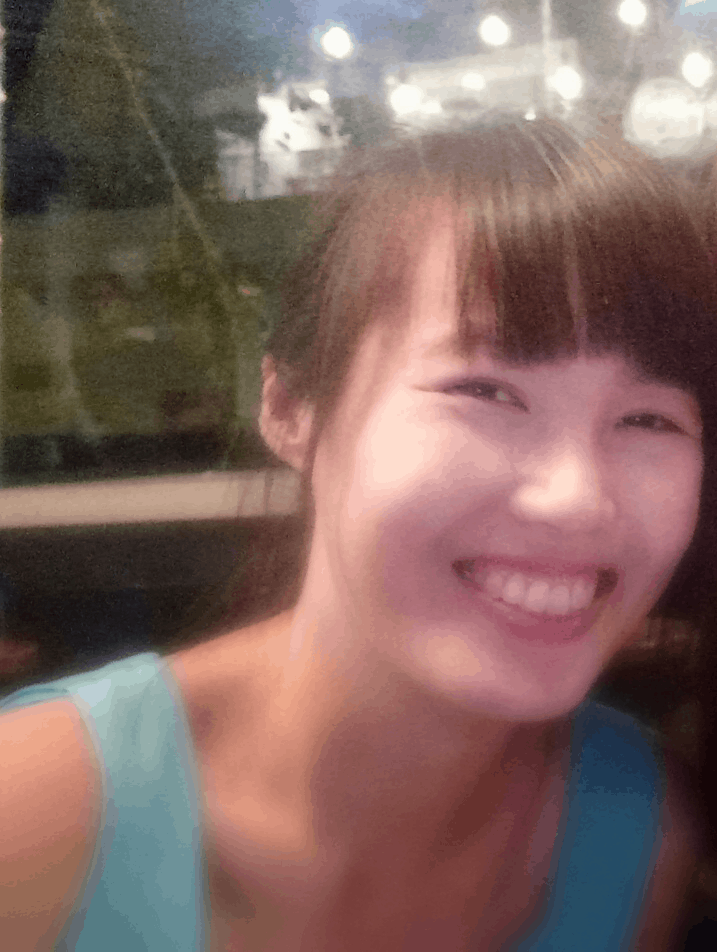 Wei Ting has a keen interest in languages and literature. She joined Nine Years Theatre in 2019. 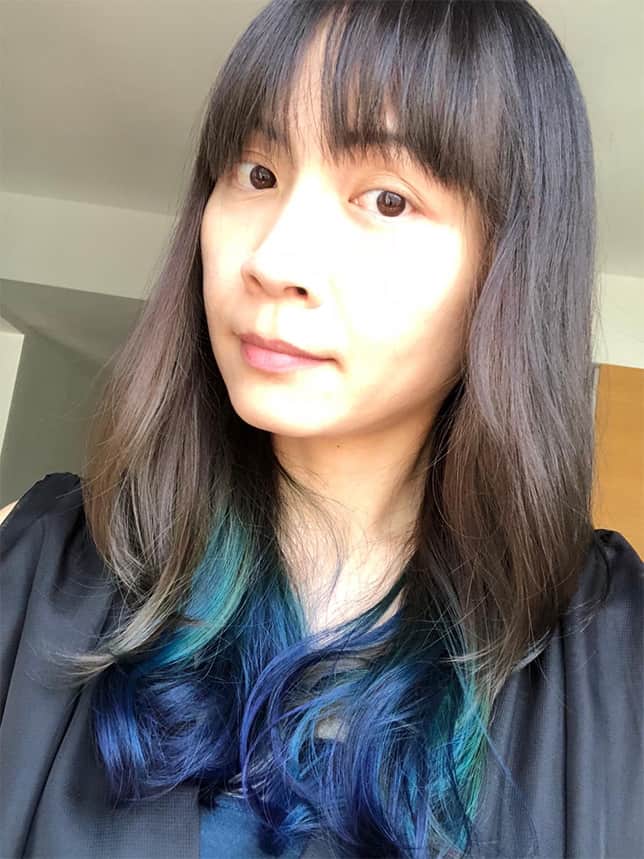 Lynzie delights in balancing numbers, working in a team environment and helping out arts companies, and therefore is happy be part of the Nine Years Theatre family.

Cherilyn is a freelance Theatre Director and Writer, and currently is Associate Director at Nine Years Theatre (NYT) .

From 2014 – 2016, she was a part of the Directing Residency at Singapore Repertory Theatre (SRT). 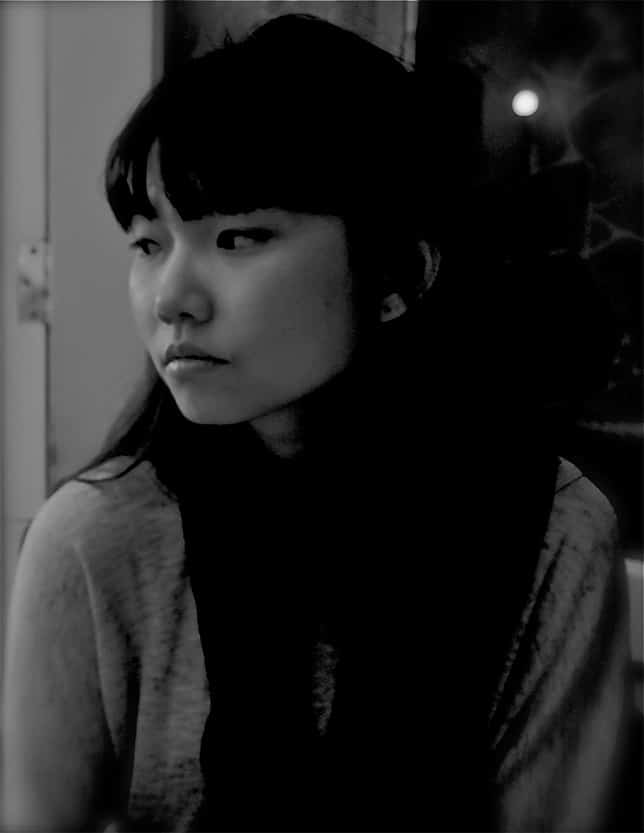 Tennie’s experiences with performing arts are varied – Chinese traditional music, modern dance and contemporary theatre. She feels privileged to have witnessed the process from page to stage and the development of performers.

Credits include: It Won't be Too Long – The Cemetery, Dawn by Drama Box, Descendants of the Eunuch Admiral by Jeff Chen, The Rite of Spring – A People's Stravinsky by The Arts Fission Company and The Philharmonic Orchestra. M1 Contact Contemporary Dance Festiva 2019l, New Works Festival 2019 by the Singapore Chinese Language Theatre Alliance, PheNoumenon by T.H.E Dance Company. Art, Art Studio, Cut Kafka! and First Fleet by Nine Years Theatre.

Tennie is grateful to be working with Nine Years Theatre as Associate Production Manager.